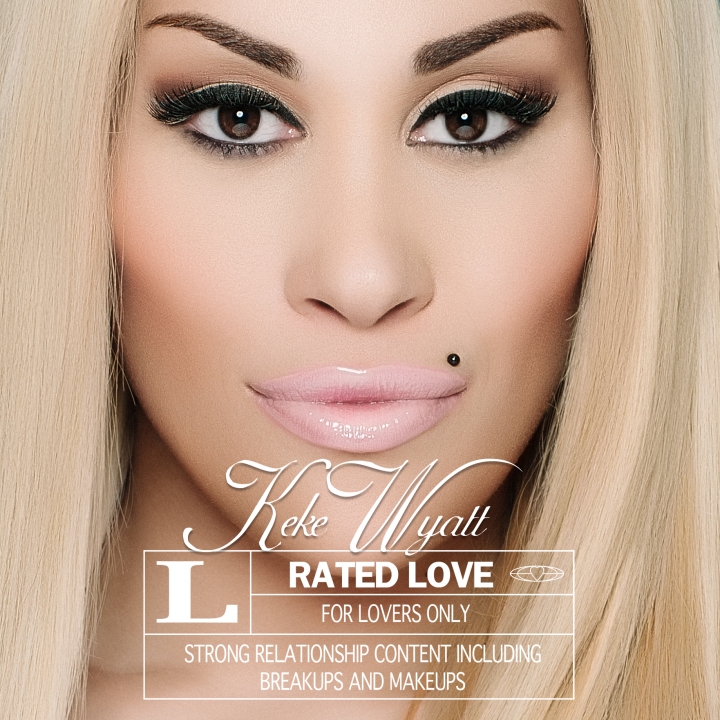 It’s been a little over two years since Keke Wyatt was starring in TVOne’s R&B Divas: Atlanta and released her self titled EP; after the project was released, with some very questionable promotion, the powerhouse vocalist took a mini break and even gave birth to another child. During the time fans pre and post R&B Divas were left wondering if there would be a full length LP release in the future.

After a few teasers Wyatt finally released her fourth studio album Rated Love, and everything you need to know about the albums content is right in the title. She stays true to the theme through twelve songs and three interludes. Anything, the opening track, finds Keke declaring how far she’ll go for her significant other; even if it means literally giving up her heart. If It Ain’t You follows the same sort of tone, here we find her ready to go broke and even lay down and die if she can’t be with him.

The leading single Sexy Song is followed nicely by On Repeat which recaps the rendezvous from the previous night. And while the album mostly covers the good parts about love there are a few songs that state the contrary. Keke is borderline ready to walk away on 24 Hour after she reflects on being ignored and wrongfully treated by her lover. No Peace, which is by far my favorite song on the album, blatantly asks why there’s so much ignoration in this dancery; but in all seriousness the laid back production, led by a light guitar and drums, serve as a nice backdrop to help convey her message of agony and confusion while almost begging to work things out.

On If It ain’t You, like stated earlier she does say she’ll die for her love, but she also reveals that she could be the blame for the mishaps in the relationship. Admitting that his feelings and past demons were never taken into consideration due to her selfishness. I Know, another one of my favorites, offers a more toned down country sound that was present on the song Lie Under You off the Ke’Ke EP; but it’s still very much present while also offering some electric guitar chords and heavy bass during the last chorus.

Overall, I fairly enjoyed Rated Love. I’m always happy to hear new music from my favorite singers, and Keke is one of them. But with all of the pros there are naturally some cons.

Most of the songs are very radio friendly, content wise that’s not a problem for me on this album, but vocally it feels like she decided to hold back. Also, the interludes were supposed to tie everything together but ended up being irrelevant and actually messed up the flow of the project. And finally, since the main subject is love and there’s really nothing discussed outside of that topic, after awhile the songs tend to blend in a way where everything starts sounding the same.

But Rated Love serves its purpose and does so quite well and I’m looking forward to what Keke Wyatt decides to do with her future projects.